Since 2017, Imperial Pacific International (IPI) has been struggling to meet deadlines for a new casino resort. The project has been pushed back multiple times, and is yet to finish phase one of construction. Delays in terms of logistics, construction and overall planning in the remote location were expected. However, the October 2018 deadline will not be met after further problems.

IPI received a two year extension this August from the Northern Marianas Casino Commission to February 2021. The company agreed to pay US$5000 (NZ$7594) for every day of delay. They have also arranged to pay US$500 000 (NZ$759 400) to the Commonwealth Healthcare Corporation, the operator of the island’s only hospital. The Hong Kong-listed company has also been asked to fast track the 15 planned luxury villas by the Northern Marianas Casino Commission. 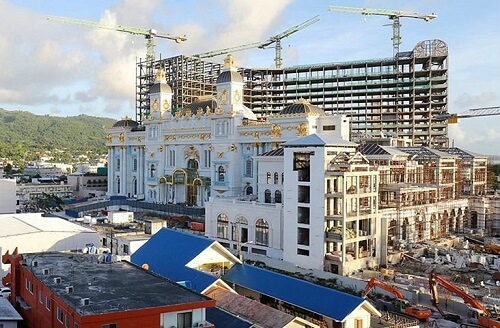 This is not the first time that the planned casino and resort failed to meet deadlines. Since 2015, IPI has struggled to import equipment and construction materials. Additionally, they have had difficulties hiring construction workers. Sadly, one employee passed away on site in 2018. Pacific Rim, the construction company in question, also claims that there are only 40 personnel on site.

Pacific Rim is yet to receive a contract from IPI, making matters worse for the resort. Despite this, the Imperial Pacific management team claims that it will introduce a 24-hour work schedule to ‘ramp up construction activity’. The cost of these plans has not been shared, but the project is definitely far over their budget of US$7 billion (NZ$10 billion).

Including the 15 luxury villas, the Imperial Pacific casino and resort hopes to complete building a 14-storey hotel and a large gaming floor. This gaming floor is expected to host 250 slot machines and 200 gaming tables. With current deadlines, this will likely be done by 2028. Still, there is a lot to be done before the plans can be carried out.