The Nevada Gaming Control Board has reached a unanimous decision to amend certain gambling regulations in the state. Their recommendations have been made at two public hearings in Carson City and Las Vegas. These suggested changes will probably be adopted by the Nevada Gaming Commission on April 19th.

At least three amendments were mentioned which will see players have more protection while gambling. These include a stipulation that sportsbooks and casinos will not be allowed to take bets from players who are intoxicated. What’s more, they will be required to allow payouts in cash, chips and credits. Additionally, players will be able to use their passports as identification if they placed a bet through the post. Gamblers will also be able to claim bets with a photocopy of their passport or driver’s license. 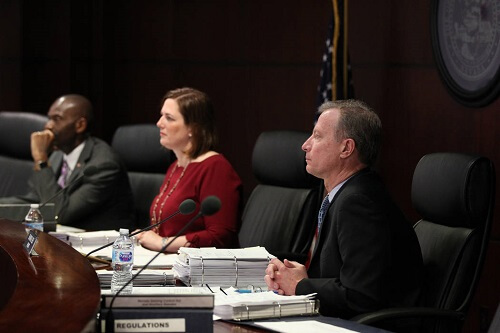 In September 2017, Nevada sportsbooks saw record volumes of bets worth US$558.4 million. This is great news for the Nevada gaming market. Along with identification regulations, gambling operators will also need to report ‘suspicious transactions’ as well as bets. This means that any wagers placed by coaches or athletes will also be recorded.

This forms part of Regulation 22 in Nevada, and any athlete bets will be tracked, regardless of the level of competition. All in all, these changes could benchmark gambling in the United States during the controversy of Anti-PASPA initiatives. PASPA is the Professional and Amateur Sports Protection Act, which outlaws gambling in 46 American states. The American Gaming Association is trying to have these laws revoked.

Should the amendments proposed by the three-member Nevada Gaming Control Board be accepted, other states could soon follow. Then again, the nature of American politics might see this fight drag on for years. Either way, US players can still safely gamble in Nevada online and on land.