While other international casino operators are hedging their bets, Melco Resorts & Entertainment are forging ahead with their expansion plans. The Hong Kong-based gaming firm has a firm hold on the biggest gambling hubs in the world. This includes resorts in Macau, the Philippines and now, Europe. Despite some growing pains, with Hard Rock International pulling out of the €550 million (NZ$930 million) project, the Cyrpus casino is set to open before 2022.

This week, Melco Resorts and their local partner Cyprus Phasouri (Zakaki) Limited have begun looking for staff for the casino. At the moment, they are also set to open four satellite casinos. These will be located in the Cypriot cities of Famagusta, Larnaca, Paphos and Nicosia. Another temporary casino in Limassol is also planned to open around June 2018. 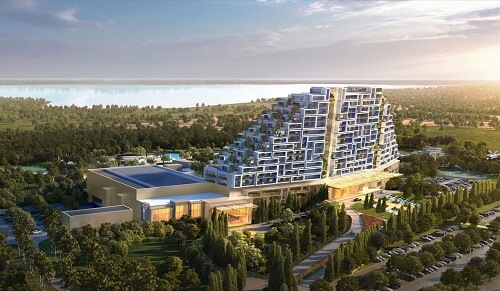 As a temporary casino, the Limassol venue will operate until the City of Dreams Mediterranean gaming floor is complete. Deadlines for the actual resort have been extended and shortened from varying reports between 2019 and 2022. Currently slated as a ‘multi-purpose resort’ the project will include the usual entertainment and food facilities for families and non-gamblers. What’s more, the casino floor has been given permission for 1000 gaming machines and 100 gaming tables.

Their operating license is also valid for 30 years, of which 15 allow for a monopoly over casino gambling in the country. Once construction is over, it is estimated that over 6500 people in Cyprus will be employed by the resort. During the development phase, nearly 4000 temporary jobs have been created by the project.

At the moment, the island of Cyprus is a popular tourist destination for British and Russian tourists. This is, in part, because of cheaper flights and accommodation costs according to travel agents. So, with the addition of the new resort, tourism revenues could further boost their economy. Until then, we’ll keep our readers up to date on this story and other casino news.