In 2018, there are YouTube videos for almost any hobby or occasion. As a matter of fact, there are hundreds of gambling channels catering to casino players. While this may seem like a good way to learn, YouTube is now suspending the channels according to new policies. These policies are a direct result of other troubling content that went unnoticed by the site.

In 2017, the video-sharing site came under fire for allowing videos on the site that showed children in dangerous situations. These videos, among others, were taken down for showing the children in obvious distress. Similarly, in early 2018, a prominent YouTube celebrity, or YouTuber, posted a video showing a corpse of someone who had recently committed suicide. The YouTuber, Logan Paul, went unpunished by the site for almost two weeks.

However, Paul has since been removed from top advertising lists, and his channel was suspended. Unfortunately, his return to the site appears to have ignored warnings about distressing content. Since then, the Google subsidiary has been ‘cracking down’ on channels and content. 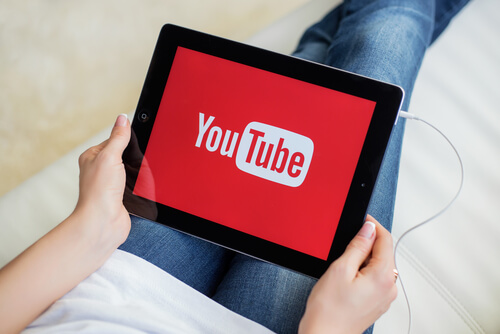 Recently, YouTube started reviewing videos by hand to try and minimise further damage. While this is a good thing, many YouTubers are now being punished for less than clear reasons. Starting with monetisation, many channels have been penalised for going against ‘community regulations’. This includes posting ‘graphic or violent’ content or ‘dangerous and high-risk acts’.

If this seems a little vague, gambling channels showing creators playing casino games fall under ‘dangerous’ acts. While the gambling community on YouTube is small, these bans seem a little far-fetched. One YouTuber, Brian Christopher, runs a channel featuring himself playing mainly slots. His channel was suspended, and the reasons given by YouTube were vague.

The vague emails from YouTube are a common theme, and many top YouTube channels are also feeling the pinch. These creators face a different situation from Mr Christopher because some of their videos have been ‘demonetised’. For creators who primarily post on YouTube, their videos earn money for every view with ads on their videos. Being ‘demonetised’ according to the site’s policies means that those videos will not have ads on them.

Reasons for demonetisations, however, are unclear for creators. These reasons become less clear if creators question suspensions or demonetisation. For the moment, it would seem that YouTube is aiming for a lot more than suspending gambling channels.