After a landmark year in the Australia/Asia gambling sector, Melco Resorts has been named the Top Gaming Operator at the International Gaming Awards (IGA) 2018. This is a first for the Hong Kong gaming firm, which operates City of Dreams Macau and Manila. Additionally, they own and operate a number of other facilities in the resorts.

Melco Resorts & Entertainment has been a driving force in the Australia/Asia gambling industry. This is mainly because of their architectural feats. For example, their Morpheus hotel in Macau is slated as the ‘first free-form exoskeleton high rise’ in the world. It will also be the first hotel brand created, owned and operated by the firm. 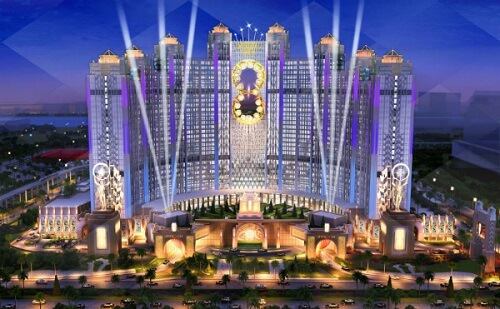 Every year, the International Gaming Awards are held at Grosvenor House in London. These awards honour operators and developers across every aspect of gambling. From casino games to innovations at land-based venues, these awards are a feather in the caps of industry leaders. This year was the 11th event honouring gambling operators.

The Executive Vice President of Melco Resorts, Akiko Takahashi, accepted the award. He is also Chief Officer of Human Resources and Corporate Social Responsibility. Each winner is carefully selected by a panel of judges for revolutionising facilities in their category. According to reports, Melco brought vitality, vision and originality to the gaming sector through their properties.

Melco Resorts & Entertainment has become known for pioneering new feats in the Asian market. An example of this is their ‘Golden Reel’ gondola ride at their Studio City property. The ride is famous because it hangs 430 feet in the air. Additionally, their concept for the ‘House of Dancing Water’ is the ‘largest water-based stage production’ in the world. This show is performed at City of Dreams Macau.

So, here’s to more inventive entertainment from gambling operators in the Australia/Asia region!