In a strange turn of events, the Everest Horse Race has suspended all betting on the event. This was after Racing NSW decided to advertise the race on the sails of the Sydney Opera House. Following the ads, at least 250 000 members of the public signed an online petition to have the ads taken down. As if that weren’t enough, results for the race would also have been displayed.

To add insult to injury, the New South Wales government decided to override concerns put forward by the CEO of the landmark. Louise Herron, CEO of the Opera House, opposed the plan publicly, but got into a verbal clash with broadcaster Alan Jones. Their argument was about ‘the race’s value to the local economy’. Added to this, public protests were organised by anti-gambling campaigners.

Betting has been suspended for the event because of ‘security risks’. Specifically, risks created by Racing NSW when they went ahead with the ads. To prevent this, the organisation held a race barrier draw before the race to ‘bypass risks’ for the Everest Horse Race. 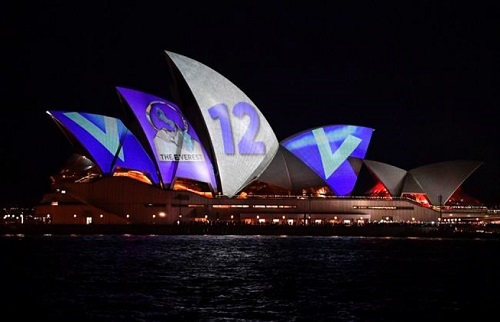 While it’s not unheard of for sporting events to be projected on the landmark, the gambling results have been a concern. In the past, cricket and rugby events have been promoted on the sails. Even the Olympic Games have made an appearance. However, none of these projections featured gambling on races like Everest. Currently, gambling operators may not advertise before 7:30pm. Whether or not this applies to projections is unclear.

At the moment, there are a few protests on the cards for the Opera House. These include a voluntary power cut by staff. According to reports, the government held ‘high-level meetings’ about security risks. This includes staff ‘tampering with the projection’.

Even the NSW Premier, Scott Morrison, has weighed in about the controversy. On the 2GB Radio, hosted by Alan Jones, Morrison confronted Herron about her stance. Still, public support to remove the controversial ads on the World Heritage site is growing. So, keep visiting New Zealand Casinos for updates on this story.