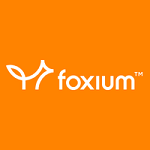 Foxium is one of the many software providers used by casinos today. They specialize in the production of slots for themselves as well as for other software providers. Some of the other providers that Foxium designs for include NYX, Microgaming and Quickfire. Their games are also available in many casinos across New Zealand and elsewhere. The company was founded in 2015 and is based in Estonian capital, Tallinn. It has since developed its own selection of online casino games, as well as mobile casino games. With time Foxium hopes to create an even bigger catalogue of games to appeal to its many players. The company already has a total of five games lined up and scheduled for release sometime this year.

When the provider was first introduced, its main vision was to provide quality gaming experiences, and to challenge the dominance of other software providers currently in the market. Its safe to say that it has certainly achieved that, with reviews applauding the provider for great graphics and animation as well as for providing high quality content. These are some of the reasons why Foxium gaming software is a top pick for many casinos in New Zealand.

The company is fairly new in the casino software development industry with only four years of experience under its belt. However, the kind of games it has produced is of the same standard as its competitors who have been around for much longer. Each Foxium game is designed around a specific story line which makes the overall experience even more entertaining. Its games are developed using HTML 5 which means that it can be played on almost any kind of device, regardless of size.

Foxium pokie machines are exciting and really easy to play. We’ve identified a few of its most popular pokie games and wrote a short summary for each. Hopefully this gives you better insight into Foxium’s portfolio and what to expect from its collection of games the next time you play at any one of our top casino sites in New Zealand.

This Foxium pokie game is a planet versus zombie themed game and features a farm girl named Joy. The storyline starts when her plot was hit by a meteor which spoiled the land with toxic goo. All the plants and other living creatures then turned into destructive zombies. Joys mission is to protect her farm from the zombies with the help of the player.

The pokie is 5×3 and has 25 paylines. This game doesn’t follow the standard pokie layout for reels. Instead of having reels, Fruitz Slot Machine has three floating shelves with symbols placed on top of them. When you spin the reels, the symbols also don’t move or down the reels the way players have come to know pokies. Here, the symbols burst instead and are the replaced by new ones. The pokie has many bonus rounds and other loyalty features that makes it fun to play. 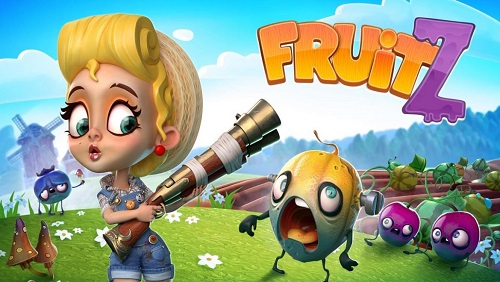 This is another Foxium classic released in January this year. Its themed around theatre and magic shows. The pokie is named after its main character ‘The Great Albini’ who also has an assistant named ‘Lilly’. Together they perform all kinds of magic tricks and illusions.

The Great Albini has five reels, three rows and 25 paylines like Fruitz. It features all the exciting gaming details like free spins, special symbols, and other great bonuses. Its return to player percentage is 96.6%.

The Lost Riches of Amazon

This Foxium pokie is based in the Amazon jungle where a young female adventurer is in search of lost treasure and new discoveries. The plot thickens when she gets followed by a hunter who wants to steal her found treasure. The role of the player is to help her protect her treasure while defeating the hunter.

This pokie has five reels and four rows. Its also has a collection of bonus features that you can look forward to. Its return to player percentage is 96.6%.

The Pros and Cons of Foxium Games

Each provider has a set of qualities that make it stand out from the rest. But, there are oftentimes certain things that they can improve on, especially new software providers like Foxium.  See some of Foxium’s good traits and downfalls below.

Does the Provider Have Progressive Pokies?

As mentioned previously, Foxium is fairly new and we haven’t come across any progressive pokies yet.

Can I Play Foxium Games on Mobile?

Yes, its software is compatible with many devices including mobile phones.

Are There Any Table and Specialty Games?

Not yet. Foxium currently only produces pokie games. However, the other providers that Foxium designs for does have many table games to choose from.