Quickspin is a new software provider in the industry, but is already making waves for Kiwi players. The software provider was established in 2011 by Mats Westerlund, Daniel Lindberg, and Joachim Timmermans. These founders worked for top game developers, including NetEnt and Unibet. So far, they’ve created some of the highest quality titles.

In 2016, Quickspin was acquired by Playtech, but remained free in terms of game creation. Similar to other Playtech subsidiaries, they can still use the firm’s resources while sticking to their own approach. This means that they can keep creating quality gaming and new innovations independently. They are also based in Stockholm, along with many top developers like Evolution Gaming and NetEnt. 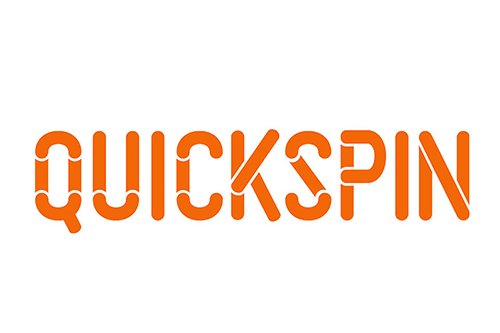 Some of Quickspin’s best games were developed from European folklore. The inspiration for their games includes classic fairy tales like Red Riding Hood, Rapunzel and Goldilocks. These games are known as Big Bad Wolf, Rapunzel’s Tower and Goldilocks and the Wild Bears. Added to this, the software creators were inspired by other famous stories like Treasure Island, Beowulf and The Three Musketeers. Try these top games to get started:

All of their early games display the attention to detail that Quickspin is known for. Their newer titles like Illuminous and Firestorm use the same detailing and innovations. It’s not hard to see why their selection is so popular at multi-platform casinos. They aim for high-tech, exciting slots above all and like to cater to all tastes with their features and game-play.

All Quickspin games are regulated by the Alderney Gambling Control Commission and the UK Gambling Commission. More so, their games are audited by Technical Systems Testing and eCOGRA. So, NZ online casino players can rest assured that their experience will be as safe as possible. More so, each casino that offers their games have the best player support around.

For such a new developer, it’s quite amazing how quickly their games have been recognised for innovation. Quickspin has been shortlisted many times for their games by the EGR Operator Awards since 2014. So, if you need any other reason to try their games, there you have it.