Despite backing from the Philippine Amusement and Gaming Corporation (PAGCOR), Galaxy Entertainment Group has shelved their Boracay island resort plans. The tropical island is a popular tourist destination, but recent environmental problems have forced the government to close it off. Following a review, Boracay Island was called a ‘cesspool’ by President Rodrigo Duterte, who also decided that he would not allow a casino to be constructed on the island.

According to reports, a large part of the environment has been affected by illegal wastewater discharges. Over 200 businesses have been dumping wastewater directly into the ocean and endangering the ocean life around it. A clean-up has been announced, which will begin on 26 April and last for six months. These measures have paused Galaxy Entertainment’s hopes of entering the Philippine casino industry. 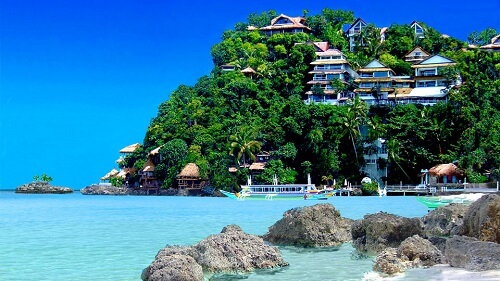 Galaxy Entertainment, in partnership with Resorts World Corporation, was granted a ‘provisional license’ to build a resort by PAGCOR. They had secured a 23-acre site on Boracay, but the environmental review put a halt on their plans. They informed the Department of Tourism before a press conference on Tuesday that their plans had changed.

This announcement was made by Tourism Assistant Secretary, Frederick Alegre, who also announced their intentions to find a different site. However, they will need to repeat the accreditation process with PAGCOR again once they find a site.

Once the island has been closed, officials will begin the clean-up process on multiple fronts. They will start demolishing ‘illegal buildings,’ build a bypass for traffic and a ‘waste-to-energy’ plant. No budget has been announced, and other details are also under wraps. What’s more, experts feel that six months may be too short to rehabilitate the area. Similarly, they speculate that the clean-up may take longer than estimated. After all, Boracay has seen over two million tourists every year.