The Scottish Women’s Football organisation has decided to turn down any sponsor deals from gambling firms and alcohol companies. In contrast, the Men’s Leagues have been overtaken with gambling sponsors. On Sunday, Scottish Women’s Football Chairperson, Vivienne MacLaren, gave a statement about the choice. In the statement published by Scotland on Sunday, MacLaren said that the organisation had already turned down deals.

While the gambling industry is more involved in men’s football, women’s football has been growing in the world eye. Specifically, Scotland’s national team recently qualified for the World Cup in France. This makes the football league attractive to sponsors from the gambling sector and alcohol brands. However, many players in the Scottish women’s league are underage. For this reason, the domestic Women’s Football body has decided to protect their players. 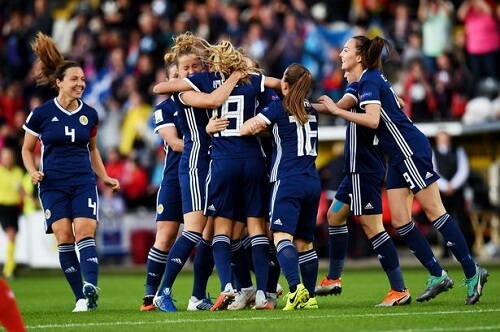 According to MacLaren, the decision was made to put players and fans above the funding. She claimed that gambling and alcohol addiction rates in Scotland were a ‘scourge’. After all, thousands of people watch football matches every day, making sponsorships more visible to underage and vulnerable individuals.

In recent studies, it has been revealed that professional sports players are more susceptible to gambling addiction. Adding alcohol branding could also place underage players and viewers at risk of that addiction as well. So how will Scottish Women’s Football find sponsors? Well, MacLaren hopes that bringing other sponsors into the spotlight could provide better results.

This would possibly allow other companies to earn recognition and support from fans. However, gambling firms have more funds available than most to invest. Of course, there is more to it than money in the eyes of the grassroots body.

While they may not be taking gambling sponsorships, the Women’s team for Scotland has already secured additional funding from the government for the 2019 World Cup. This will see them go to France to play against other national teams next year. Some of the best women’s teams have yet to qualify, including New Zealand.

So, keep visiting New Zealand Casinos for updates on this story and the Women’s Football World Cup.