The software gaming legend NetEnt has released horse racing Scudamore pokie in honour of celebrated jockey Peter Scudamore. One has to admire NetEnt who always produces casino gaming that appeals to our Kiwi gamblers. In New Zealand, horse racing is a sport with a large following. Therefore, the adaptation of this sport into a pokie is genius to say the least. The Scudamore pokie captures the adrenaline of the race tracks in its five by three grid. Find out what this pokie machine has instore for all Kiwi players. 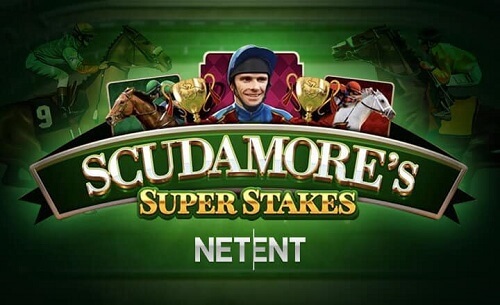 The five-reel, three-row, 20 paylines pokie continues on the wave of the horse racing excitement from the Auckland Cup Week. The game features everything we enjoy about horse races. All symbols are thematic, with horse shoes and betting slip symbols. There is even an in-play betting feature where players can simulate racetrack bets during play. However, instead of betting on horses, players bet on a certain symbol appearing for a chance to win a major payout. The Scudamore pokie is truly one of the most unique pokie machines that has been released by NetEnt in a while.

A good pokie game always has as a bonus round. Scudamore Super Stakes ups the ante in its bonus game which increases the size of the grid. In the Peter’s Classic Cup Bonus Feature, the grid switches from a 5×3 grid with 12 paylines to a 5×4 grid with 32 paylines. There is an unlimited free spin along with the bet slip feature during the bonus round which multiplies wins up to 5000x.

Director of Games at NetEnt, Bryan Upton, explained that their release of the game was timed to coincide with the Cheltenham Festival which huge event in the international horse race calendar. He went on to laud Peter Scudamore saying “Peter [is] not just a true legend of the sport but a true personality that has imbued his knowledge, charm and character into this game.” Scudamore had an illustrious 15-year career as a jockey and went on to become a trainer and respected horse racing pundit. Upton said they created the pokie to appeal to horse race bettors who may not ordinarily play pokies. That is why they incorporated the bet slips feature which makes use of race track-like bets and betting on horses in the bonus game.

You can find all the latest NetEnt pokie machines and other top casino games at our top recommended NZ online casinos.