In the run-up to Sunday’s final, some UK bookmakers were a little too optimistic about goals. One bookie, Sporting Index, overestimated the amount of disallowed goals during the FIFA World Cup. This estimation was eventually exploited by one player, and the sportsbook is now liable for US$40 000(NZ$59 000) in losses. This ‘bad call’ was an over/under line of 22.5, which never budged despite only one disallowed goal in the first 20 games. 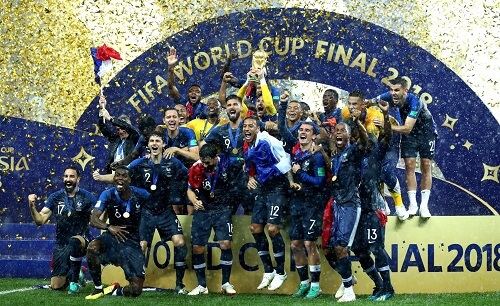 During the 2018 FIFA World Cup, a few UK bookmakers were facing some big payouts for betting against England. Sporting Index was just one of these sportsbooks to offer high odds against the three lions. However, when they made it through to the semi-finals, bookies quickly changed the odds. Sadly, England lost to Croatia in the semi-finals and lost the chance at their first World Cup win since 1966. They also lost third place to Belgium on Saturday.

Their loss, of course, is great news for sportsbooks. Even with odds of four to one, payouts could have been high with so many bets on England. At the start of the finals, it seemed like they would go all the way and bookmakers were set to lose millions. Luckily, this year’s unpredictable tournament ended with a good, clean match.

On Sunday, France beat Croatia after the former defied the odds against them. This was the first time in 20 years that the Croatian football team made it through to the final. France’s win was also the first in 20 years. So, the 2018 World Cup has definitely been one for the history books. Aside from the finals, it was also the first time the cup had been hosted on two continents. Russia also defied the odds for going through to the quarterfinals. Here’s hoping the 2022 FIFA World Cup in Qatar will live up to this year’s reputation.