NZ Racing Gets Coverage On Sportsbet

Leading bookmakers, Sportsbet is to supply NZ Racing on all its digital platforms in Australia. Sportsbet is the largest bookmaker in Australia owned by Flutter Entertainment. The deal was struck between Sportsbet and the New Zealand Racing Industry Transition agency (RITA). Sportbet has become the frontier for New Zealand racing. RITA is the body that oversees the expansion of new governance structures for the NZ horse racing industry.

RITA has reformed the New Zealand Racing Board to drive change in the industry. The agency introduced an offshore betting requirement that entails bookmakers to contribute to the New Zealand sports and racing codes based on the wagers they take from Kiwi players.

What Does the Sportsbet Deal Entail?

The deal between Sportsbet and RITA will see the bookmaker livestream all three codes of NZ racing. The bookmaker will feature livestreams of New Zealand’s harness racing, greyhound racing and thoroughbred racing events. The deal also includes Tabcorp who will act as the in-between deliverer of the content.

Tabcorp is the longstanding broadcast and wagering partner of the New Zealand Tab. NZ racing is set to be introduced to a new market it has never been in. TAB general manager, Andy Kydd said the deal would be seen as an innovative revenue source for the industry. 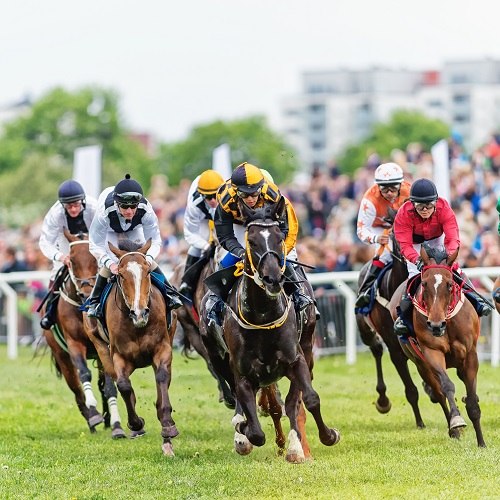 Other RITA NZ Racing Deals in 2019

The Sportsbet livestream deal comes soon after another agreement between RITA and Betfair another Flutter Entertainment-owned brand. Earlier this year, Betfair agreed to pay TAB for its New Zealand racing odds in the form of product fees. As a broader drive to revitalising NZs racing industry, similar agreements are being negotiated with operators in Australia.

The New Zealand Government aims to halt the horse racing industry decline by phasing out the levy in the next coming three years. In 2018, the levy generated NZD 13.9 million, which is representative of an overall 4% of the betting profit. The funds will be reinvested in sport and racing in the future.

As it stands, Lotto NZ and the TAB are the only two permitted to supply web-based gambling in NZ. The government is aware of the number of Kiwi players that are placing wagers at offshore providers. The deal with Sportsbet also follows the recent introduction of the Racing Reform Act, which is intended to provide NZ racing with additional revenue.

The arrangements that the Racing industry Transition Agency has made are indeed aligned with its goal of driving the NZ racing industry towards a future that is financially sustainable.

See Other Articles Below: