A majority of voters in Switzerland (72.9%) voted to instate a new Gambling Act in the country which will legalise online casinos. However, the new laws have a double-edge. This act will only allow ‘Swiss-certified casinos’ to operate there. What’s more, this law will force internet service providers (ISPs) to block foreign gambling sites.

According to the BBC, the support of voters was ‘well above rates suggested by early polling’ on Sunday. Of course, there are still a lot of concerns about the new Money Gaming Act. Firstly, there is the issue of blocking websites. Secondly, only land-based casinos in the country will be able to offer gambling services.

These measures could prove to be problematic because it would impact net neutrality in a country that is famous for being neutral. On the other hand, this would serve to help addicts stay away from online gambling options. This is the motivating factor for keeping casinos local. 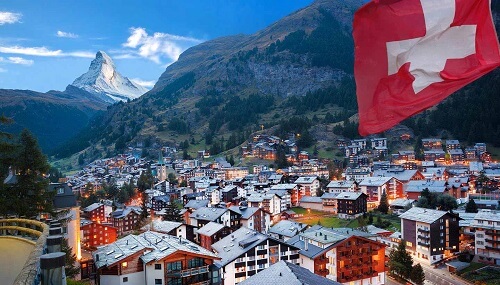 While the new law sounds promising, many critics claim that there are still ways to work around ISP bans. This can be done through virtual private networks (VPNs). However, lawmakers claim that they are aware of this, but feel that the technical limitations haven’t stopped other countries from moving gamblers to legal sites.

Unfortunately, it doesn’t end there for the Swiss government. They have been criticised for capping taxable winnings to one million francs, thereby reducing revenues.

Voters also had to decide whether or not to limit issuing new currency to Switzerland’s central bank. In this case, Swiss citizens ‘overwhelmingly rejected’ the bill. According to reports, those opposing the ‘Sovereign Money Initiative’ felt that it was too radical. This is because Swiss banks manage trillions of dollars in wealth.

Voters in a local referendum also decided against paying for the town of Sion to host the 2026 Winter Olympic Games for the fifth time. At least 54% of residents turned down the proposal on Sunday.