Victoria Gamblers Lose Record Amount of Money on Pokies in 2018

Gamblers in Victoria, Australia, have lost a record amount of money playing pokies in 2018. This has caused quite a controversy and has led to anti-gambling groups calling for reform. Figures published by the Victorian Commission for Liquor and Gambling Regulation revealed their six-monthly venue loss data. This revealed that during 2018, gamblers in Victoria lost a record NZ$2.8 Billion to pokies. 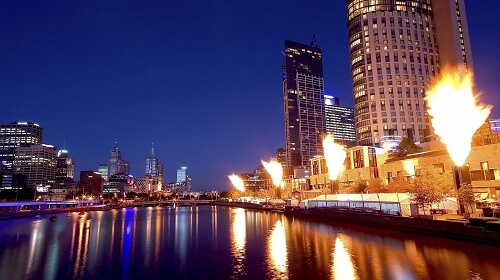 Victoria has Bad Year for Pokies

The recent reports released has shown that Victorian gamblers lost nearly NZ$108 million more in 2018 than they did in the previous year. In addition to this, the report also showed which casino saw the most money lost, as well as which month in the second half of 2018 saw the biggest loss. In terms of the venue that players lost the most money at, the report revealed that it was the Epping Plaza Hotel in Melbourne.

August was a bad month for pokie players, as they lost NZ$257 million. This is the second worst month on record. Brimbank, a council area 20km outside of Melbourne, has received the unfortunate distinction of being the area that lost the most money to pokies in 2018. Brimbank lost over NZ$146 million during the year.

The Alliance for Gambling Reform hit out after the report went public. The alliance said that major reform was needed and that political parties should be ashamed of themselves for allowing this to happen. The alliance proposed several changes, including a maximum $1 bet limit, reducing the operating hours of casinos, and less addictive designs for the pokie games.

Australia’s largest pokie operator, ALH/Woolworths, operates 12 000 pokie machines across the country. ALH/Woolworths accounted for $700 million of the losses in Victoria. Added to that, Australia is the biggest gambling market in the world. Aussie players gamble an average of NZ$1308 per person, which is significantly higher than the next nation, which is Singapore.