James Packer, Crown Resorts owner and businessman, seems to be losing his grip in the gambling industry. Wynn Resorts recently announced that it had pulled out of a deal with Packer’s Crown Resorts. Due to prematurely confirming details of the potential merger and acquisition to the media. Two statements were released by Wynn the first confirmed the discussions. While the second was to notify the media that the discussions have permanently collapsed.

Packer’s Crown Resorts had unveiled the news on Tuesday, April 9. These discussions with Wynn Resorts were debating a possible takeover offer of AU$10 billion (NZ$10.68 billion). Crown Resorts is Australia’s largest casino operator and the last of the family’s once immeasurable empire, this deal would have completely changed that.

Should this deal have gone through it wouldn’t have marked the first time James’ Crown Resorts and Wynn Resorts were in business together. In 2018 Crown had made a deal with the Las Vegas-based casino in which $370 million worth of land, which Packer’s company had planned to build a casino on, was sold to them. 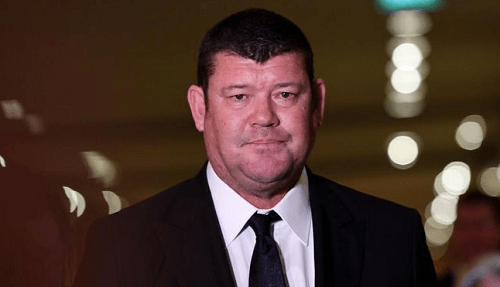 Founder of Crown Resorts, James Packer, announced his resignation from the company’s board due to mental illness following a highly publicised relationship with singer Mariah Carey and the following break-up. Also, 19 Crown Resorts employees were arrested a few years ago and charged for promoting gambling in Macau illegally. Of them, 16 were jailed and Crown Resorts was fined. In a biography on James Packer’s life written by Damon Kitney, Packer claimed that Crown was in debt of AU$3 billion (NZ$3.2 billion) among other things falling apart in his life.

Packer’s ambitions to conquer Sydney have proven to be difficult in recent years with the losses he has been taking. Packer has experienced a very difficult couple of years both professionally and personally. The news of the failure of the M&A has now added to that. Initially, the news had Crown shares soaring but news of the cancellation of talks had the shares dropping again. Wynn Resorts is not without its faults as it was recently faced with a lot of trouble when its CEO and founder was accused of sexual misconduct. This led to his resignation last year in February and he has since sold his stake of the company.

In the biography, Packer discusses the pressure he has been under over the years. He also spoke about the mental health struggles he has had to deal with. These matters are what he feels have derailed his business ethics. He was quoted in the book as saying: “Some people handle pressure well and some don’t. I don’t. I don’t know if that is because I am wired that way,” he said.