Microgaming Announces Launch of Jungle Jim and the Lost Sphinx 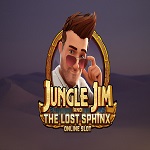 Microgaming, the slot machine manufacturer and powerhouse, has announced the coming return of its iconic Jungle Jim slot earlier this month. This signifies the games second return after its successful debut three years ago. Jungle Jim and the Lost Sphinx has 5 by 5 reels and 50 paylines. The game is scheduled for release in November this year.

In the second edition of the game, developed by Stormcraft Studios, players will join Jungle Jim in his next attempt at finding lost treasure, this time in Egypt. The new game comes as a sequel to 2016’s Jungle Jim El Dorado, when Jim explored the Amazon jungle searching for the city of gold.

Commenting on the launch of the new game, Chief Commercial Officer at Microgaming, Jean-Luc Ferriere said they are really looking forward to teasing the characters next adventure, especially considering the success and popularity of its predecessor, Jungle Jim El Dorado.

Jungle Jim and the Lost Sphinx

Not much detail is known about the new game but its rumoured to have 5 reels and 50 paylines. In a statement, Jean-Luc said Stormcraft Studios have reached new heights in visual storytelling with this new release. He said the game includes great artwork and amusing mechanics. It also includes the popular Rolling Reels feature.

The company showcased the new game with a personalised stand at the iGB Live Exhibition in Amsterdam on 17-18 July. All those who attended the event were able to preview the visuals of the game and play in demo mode. Guests at the stand were also treated to ice-cream in a variety of flavours. 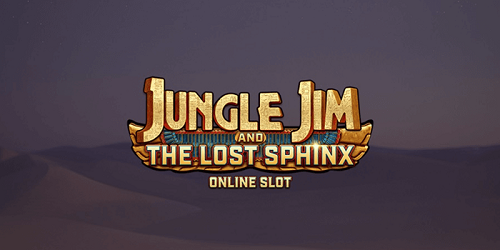 Jungle Jim and the lost Sphinx is not the only recent release by Microgaming and partners. Sherlock of London, a game by Rabcat, one of Microgaming’s partners, was also released recently. This 5 reel, 25 payline video slot game features the popular Sherlock Holmes and his friend Dr. Watson. The game takes players on an adventure through old London, and features all kinds of exciting bonuses. There are also other special features that makes playing the game even more exciting to play.