Microgaming, in partnership with Foxium, a software provider for mobile and web-based casino games, has released a new pokie – Boom Pirates. In the coming five weeks, selected Microgaming casinos across New Zealand will offer customers the opportunity to test the pokie in real and free money modes before it goes live at Microgaming operators worldwide. The pokie is available to play on mobile and desktop.

Not much detail has surfaced about the new pokie release since Foxium dropped a promotional video about the game earlier this year. The promotional video shows a group of pirates, with their redhead captain sailing the seven seas in search of treasure and other valuable possessions. En-route to their destination the pirates come across a small inhabited island where they attempt to attack and overthrow the natives.

The game features five reels, three rows, and 20 pay lines and has a return to player percentage of 96.5%. It also has a wild symbol, scatter symbol and free spins. It does not feature a progressive jackpot. The minimum bet amount is 0.20 and the maximum coin bet value is 100 coins. If the new Foxium pokie is anything like the company’s other releases, players can expect to experience great 3D visuals and sound effects. 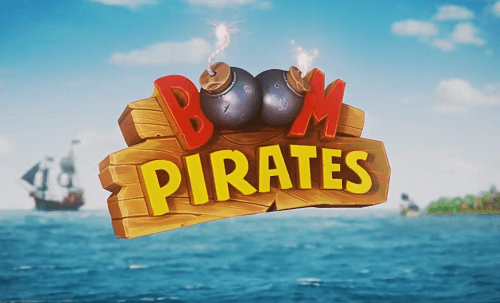 The launch of Boom Pirates is not the only collaboration between the two companies. Microgaming first joined forces with the software provider in 2017 which resulted in the release of a pokie called Vampire: The Masquerade. The partnership has since grown and together they’ve created quality video pokie games that New Zealanders and other players have grown to love. Foxium’s unique approach to gaming is what encouraged Microsoft to collaborate with the company.

Foxium has a number of other pokie releases under its belt. The company is known for its ability to tell captivating stories through gaming. It has showcased this skill in the promotional video for Boom Pirates which is another element of this new pokie release that players can look forward to.