Fox Entertainment is striking back at Genting with a US$46.4 million (NZ$67.83 million) countersuit. In case you missed it, Fox cancelled its licence for its Fox World theme park. Which has yet to be completed at the Resorts World Genting complex in Malaysia. Fox, together with The Walt Disney Company and 21st Century Fox Inc, allege that Genting had breached its contract by failing to meet agreed-upon deadlines for the theme park.  On their original suit, Genting Malaysia claimed that the American firms killed their deal by demanding that the park open in 30 days. That was an impossible-to-meet deadline for the resort. The company sued the group for a whopping $1.75 billion (NZ$2.56 billion) for breach of contract. Read on for more. 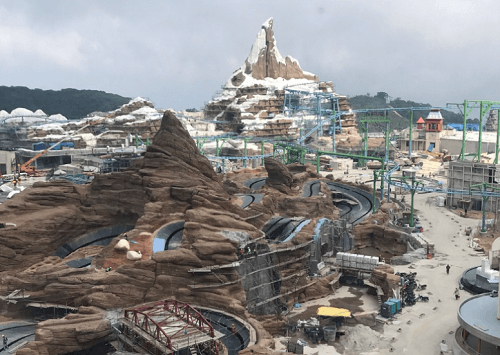 In Tuesday’s filing, Fox Entertainment detailed several instances in which Genting allegedly failed to adhere to its obligations. The company cited breach of contract including; a breach of contract of the covenant of good faith, and fair deadline. In the filing, the company also demanded a jury trial.

“Genting’s failure to ‘soft open’ the Park by June 2018 gave Fox the right to terminate the agreement without regard to whether Genting was at fault,” said the court filing. “Genting’s failures to adhere to its obligations and deliver on the agreed-upon schedule resulted from a mixture of Genting’s incompetence, inexperience, and rank indifference to its contractual obligations…The fault for these failures lies with Genting, and Genting alone,” the filing added.

Included in the suit are monetary damages which include license fees of $9 million (NZ$13.16), guarantee amounts/royalties of $37.2 million (NZ$54.38 million), and 196.2 million (NZ$ 286.80 million) in travel reimbursements, plus other consequential damages and added interest.

On Wednesday, Kasowitz Benson Torres (Genting’s lawyer) and partner John V. Berlinski, responded to the counterclaim. Torres said in a statement that “Fox’s attempt to blame Genting is only to be expected and is designed to divert attention away from its own incompetence and inexperience,” and that “just two months before termination, Fox was more than willing to open Fox World, but only if Genting paid them well in excess of the amounts the parties originally agreed upon.”

“Genting has a proven track record in delivering high-quality world-class theme parks and will prove that Fox’s termination was both unfounded and improperly directed by Disney and Fox’s parent company, Twenty-First Century Fox,” Torres added.

The parties signed their deal back in 2013. More so, the theme park would have been the studio’s first branded amusement park.

Stay tuned to our casino for more gambling news and updates!