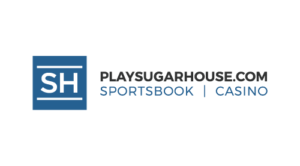 The New Jersey Division of Gaming Enforcement imposed the fine on the 7th of January and only made it public this past Wednesday. The gambling regulator said that PlaySugarHouse allowed juvenile players to gamble on the site between November 2016 and January 2018.

The Young clients were able to bet online due to a malfunction in the internet casino’s account. The casinos account opened software that did not record gamblers’ birthdates correctly. The New Jersey gambling regulator said that instead of recording gamblers’ dates of birth, the software also allowed a three-year difference in the exact date.

The blundering gambling operation was fined a $30,000 fine by the state gambling regulator. The Division of Gaming Enforcement spokeswoman, Kerry Langan, said on Wednesday that the fine was the first for juvenile betting to be issued by the regulatory body since online betting became lawful in the state in 2013.

Rush Street Interactive said it had discovered the software misconfiguration and it self-reported it to the division. The business then took rapid actions to fix and prevent more incidents of immature gamblers placing wagers online.

This is not the first time a Rush Street Gaming operation got into trouble for underage betting. The Pennsylvania Gaming Control Board issued a heavy $100,000 fine to the casino operator and its Casino in Philadelphia in 2017. this is for failing to stop underage bettors from gambling at the casino. The charge is one of the biggest ever issued to a casino in Pennsylvania.