A glitch in Grand Theft Auto (GTA) Online’s Diamond Casino has made players who gamble on horse races richer. It was discovered that players who have been betting low on horse races were winning the maximum payout. The bug was only detected on the PC version of the game. If players placed low wagers on the inside track, they were pretty much guaranteed the maximum payout.

Many players have attempted to exploit this glitch to increase their funds. There are even guides available that teach players how to exploit this bug, which involves a specific click pattern when placing a wager.

The Diamond Casino has proven to be a popular addition to GTA Online. Rockstar Games have seen a huge number of players bet on Inside Track horse races. Rockstar has indicated though that players who attempt to exploit the glitch will be punished by not being able to bet on horse races for an unspecified amount of time. 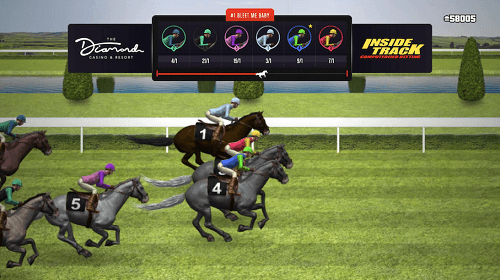 How the GTA Glitch Operates

It was discovered that the glitch is only present on single event betting options. It does not work on the main races which involve multiplayer races. Players need to bet a minimum of 200 chips before the race begins.

While the race is in action, the low wager steadily increases even though players aren’t able to see this happening. If players win, they win the maximum payout that has been determined for that particular race. This hack has made some players 20,000 chips richer with every bet they have placed on a horse.

Overview of the GTA Glitch

Players are warned not to take advantage of the GTA glitch because it is still unclear how developer of the game plans to take full action against players who have won by exploiting this glitch. However, some players have indicated that the exploitation of the bug does not guarantee a win every time; some losses will occur. But the bug will likely be removed from the system sometime soon. However, it supposedly already has been on the console version of the game.