Home » UK Bookmakers to Close a Quarter of Betting Shops

UK Bookmakers to Close a Quarter of Betting Shops

The government’s clampdown on fixed-odds machines has led to a scheduled closure of about a quarter of betting shops in the UK. This move could see up to 3 000 out of 8 400 betting shops closing in the country, putting about 12 000 jobs at risk. William Hill, which is the latest bookmaker in the spotlight, plans to shut around 700 betting shops. The UK government’s decision to reduce the maximum stake on the terminals from £100 to £2 was in a bid to help problem gamblers and vulnerable people. Read more on the story below! 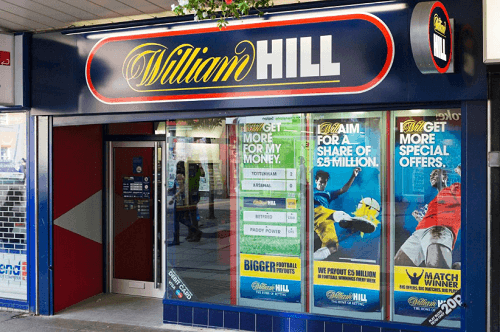 In April, the UK government decided to reduce the maximum stake for fixed-odds machines to £2. This was after several complaints were lodged about the machines allowing gamblers to bet up to £100 every 20 seconds. The concern was that the terminals were highly addictive and they allowed gamblers to lose quite a lot of money.

Since the new regulation, a lot of betting shops, including the likes of William Hill, GVC and Betfred among others suffered in revenues. GVC is the owner of Ladbrokes Coral and has since announced plans to shed jobs. These bookies claim that the terminals contributed about half of their annual revenues. On Thursday, William Hill said that they could close up to 700 high-street shops. If that happens, exactly 4 500 jobs will be at risk.

“William Hill has entered into a consultation process with retail colleagues over plans to close around 700 licensed betting offices,” the bookmaker said in a statement.

“This follows the Government’s decision to reduce the maximum stake on B2 gaming products to £2 on 1 April 2019. Since then the company has seen a significant fall in gaming machine revenues, in line with the guidance given when the government’s decision was announced in May 2018. A large number of redundancies is anticipated with 4,500 colleagues at risk,” the company added.

William Hill plans to start shutting betting shops by the end of 2019.