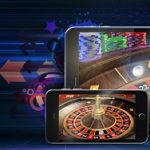 Roulette rules are fairly straightforward and easy to understand. Grasping all the Roulette rules might be overwhelming for first-time players, but with practice and time, the rules of the game become second nature. As such, this game is available at casino gambling sites, as well as in land-based casinos in three popular variations: European, French, and American roulette. Although many other types of roulette exist as well. Roulette is also fairly easy to learn, despite the many aspects of the game that makes it seem daunting. Learning how to play web-based roulette is even easier with our guide.

Different online casinos might also have different roulette rules and requirements regarding the minimum and maximum bet amounts accepted at that particular casino. But, for the most part, everything else works the same. Of course, the above is a basic explanation of what the game entails. There are many other roulette rules that come into play. And, because European and American roulette are the popular choices, we’ll only focus on the rules for those two.

Where to Play Roulette

The most basic roulette rule in any game is to try and predict where you think the roulette ball will land once its launched onto a spinning wheel. The wheel features red and black slots numbered from 1-36/37 as well as a one or two zero green pockets depending on the variation you’re playing. Furthermore, there is also a table numbered the same, and several additional sectors on which you can place bets. Once all bets are tabled, a dealer launches the ball into a spinning wheel and the number on which the ball lands is the winning number for that round. All winning bets are then paid out and all losing bets are removed from the table and into the house bankroll. It’s important to remember that roulette is based on luck and that alone. There’s no sure rule or strategy that you can use to make you win, but having a good understanding of the rules can help you play better. The only control roulette offers involves what bets you chose to play and where you choose to play it.

Aside from the basic rules of the game, some casinos include a few optional rules used only in the French and European versions of the game. These include the En-Prison rule and the La Partage rule. Both of these rules effectively reduce the house edge to half on all even money bets.

As mentioned above, this rule applies only to even money bets and comes into play when the ball lands in the number zero green pocket. When this happens, you have two options:

Conversely, the La Partage rule is much simpler, but not as appealing as the En Prison Rule. In this case, no options are offered to the player when the ball lands in the zero pocket. They simply lose the bet. When playing roulette online, you may select which of the two rules, if any, you would like to enforce if need be.

This version of the game is played with an additional double zero pocket and all bets (except a bet on the selected zero) will be lost if the ball lands in either of the zeros. This rule significantly increases the odds in favour of the casino. All other rules of the game stay the same.

One of the other rules or features unique to American roulette is the inclusion of a bet called a “basket bet”. This bet lets you wager on five numbers with one chip, including both zeros’ as well as the numbers 1, 2, and 3. A basket bet is not one of the favorites because while the house edge in American roulette is 5.26%, and here that percentage increases to 7.89%.