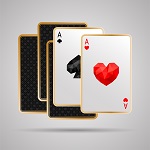 5 card draw poker is easily identifiable as the most popular variation of the game. Many poker players are introduced to the game with this variation. Many Kiwi gamblers play the card game in their homes with friends and family.  This is perhaps because Five-card draw is by far the simplest and most basic variant of poker. The card game has been around for decades with many other poker games using 5 card draw poker as a base for new poker variations, while keeping the essence of the game and the traditional rules.

Online 5 card draw poker is still one of the most popular poker variations, despite games such as Texas Holdem Seven-card Stud being more dominant card games in New Zealand. Five-card draw is a straight-forward game and the aim is to make the best five-card hand possible. Whether you are a rookie gambler or an experienced gambler looking to brush up on their skills, our guide on how to play 5 card draw at top NZ casinos online has got something for you.

What you will find on this page

Five-card draw poker can be played using two methods: the ante and the blind. This is how each version works:

The rules for playing five-card draw poker are as simple as the gameplay. 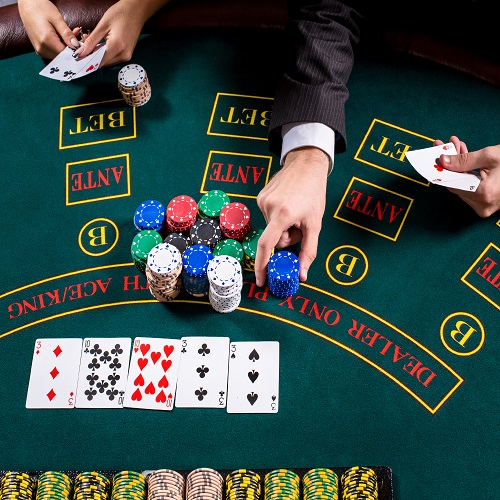 The draw takes place after the first round of betting. Each player will be dealt five cards face down. The round begins with the player on the dealer’s left. Each player has an opportunity to call the current bet, fold or raise.

The Draw in 5 card draw poker

The draw commences after the first round is complete. All the players that are still in hand will get an option to discard any of the cards they aren’t happy with and draw new cards. To draw new cards while playing online 5 card draw, players simply have to click on the cards when it is their turn to play. Should you wish to keep all your cards, you can “stand pat.”

The final betting round will take place after the draw. The betting will begin with the player on the left of the button. The showdown is where the best hand is determined. The player that created the best five-card hand will win the pot. Should there be a tie, the pot will be split equally between the tied players.

The best way to win 5 card draw poker is to use a basic strategy. Here are some great strategy tips to help you improve your odds and place you one step ahead of the other players at the table.

Trying to find a strategy that will guarantee a win at all times may be difficult. One of the best strategy tips is to know the basic rules of the poker game as well as the hand rankings.